First let us see who we are. The community of worldbuilders can be found online, at sci.virtual-worlds, but you'll find more conversation going on in comp.lang.vrml (VRML is the Virtual Reality Modelling Language, the standard for VR on the net). What we choose to discuss speaks of who we are, and where we find ourselves. It is currently quite a difficult and technical pursuit, to build a world online. There are few good tools available.

Newbies are starting to flow into the group, eager to learn. They usually start by asking what tools the experts recommend. The invariable response is that the best available tool is your bare hands. Use a text editor, they say, and code up a world from scratch. Once you've done that for a while, if you're serious enough, you can upgrade to the only other decent VRML tool - Cosmo Worlds for the SGI. The minimum cost of doing this is around $A 10,000.

So building a world in VRML is not yet a casual pursuit, to be undertaken as lightly as putting together a web page. The world builders are a technical lot, tending to focus on details of construction, rather than fundamental questions of motive. Another reason for this lack of discussion might be that we all know what we are trying to build. Cyberspace. The Matrix. The Street. Places from science fiction, visualised long before they were technically possible, by the authors of the sci-fi sub-genre known as cyberpunk. William Gibson, Bruce Sterling, Neal Stephenson.

And in the bloodlit dark behind his eyes, silver phosphenes boiling in from the edge of space, hypnagogic images jerking past like film composed from random frames. Symbols, figures, faces, a blurred, fragmented mandala of visual information
Please, he prayed, now –
A gray disk, the color of Chiba sky.
Now –
Disk beginning to rotate faster, becoming a sphere of paler gray. Expanding–
And flowed, flowering for him, fluid neon origami trick, the unfolding of his distanceless home, his country, transparent 3D chessboard extending to infinity. Inner eye opening to the stepped scarlet pyramid of the Eastern Seaboard Fission Authority burning beyond the green cubes of Mitsubishi Bank of America, and high and very far away he saw the spiral arms of military systems, forever beyond his reach. 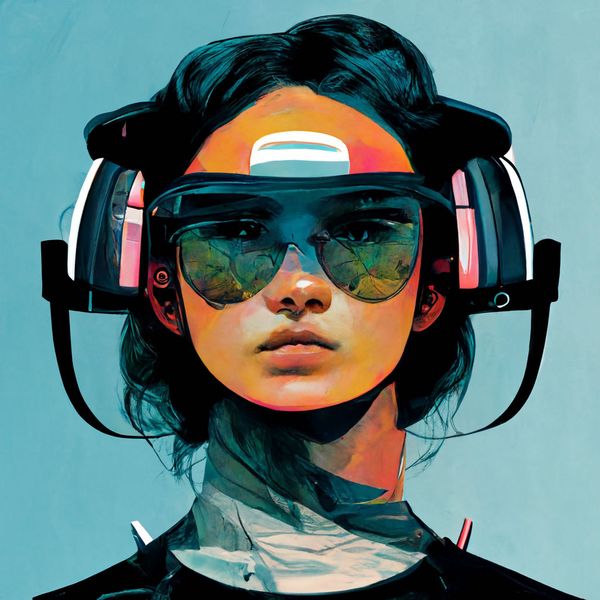